Don’t be Blockbuster. Be David Bowie. 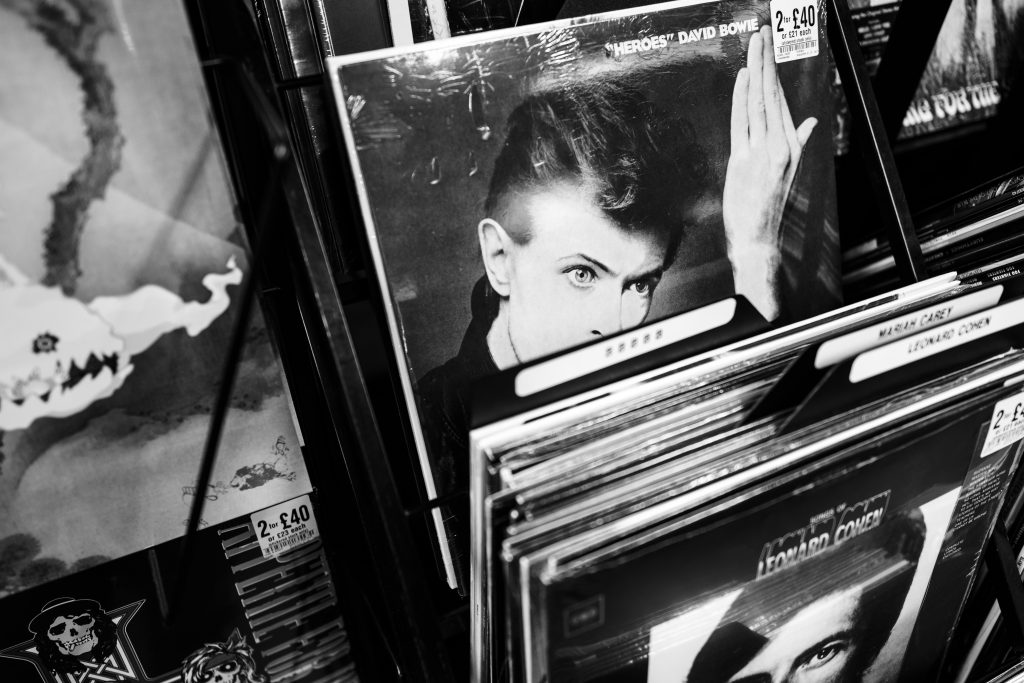 In 2008, Blockbuster CEO Jim Keyes said that “Neither RedBox nor Netflix are even on the radar in terms of competition.” Oops. Less than 2 years later Blockbuster filed for bankruptcy. As business leaders, we need to keep an eye open, to not just our competition, but new opportunities. Instead of being stuck in a rut like Blockbuster, we need to be more like David Bowie. We need to evolve.

When David Bowie first broke onto the scene it was with a space-glam-folk fusion style of music and the hit song “Space Oddity.” Before long we met Ziggy Stardust, and were gifted one of my favorite albums of all time. Soon was Pin-Ups, The Thin White Duke, Tin Machine, a collaboration with the mighty Queen, and more. Never once, in all of his various incarnations, did David Bowie ever sell out. Listen to any David Bowie album and you’ll know it’s David Bowie. As business owners and leaders, we need to be prepared, ready, and willing (Jim Keyes, I’m talking to you) to evolve, grow, and change.

This evolution for a business could be anything from completely reshaping the company to offering additional services. Take Darwin Smith of Kimberly Clark for example. Shortly after being named CEO, Smith sold off much of Kimberly Clark’s interests in coated paper and shut down less efficient mills. He then began to move the company into new products, particularly the Huggies brand of diapers. Kimberly Clark was still a manufacturing company, but focused on a new product line.

Full Scope Creative has gone through various steps of evolution in our 10 years as well. We started as a web design agency that did a little website hosting. In 2015 we branched out from focusing just on being a web design company to include graphic design and branding services. Soon after we added copywriting services. The evolution continues into 2021 with adding in social media management and SEO services. It’s all part of a healthy evolution for a business. We never changed who we were as a company. Our focus has always been to equip small business owners with the tools to promote their business, but how we do that has evolved and grown.

As business owners, we can’t allow our businesses to be stuck in a rut like Blockbuster. We need our businesses to grow and evolve. We need to keep an eye open to new competition, and more importantly, new opportunities. So whether you’re facing new competition or seeing new opportunities, don’t be afraid to evolve as a business. Embrace it. Jim Keyes may not have seen RedBox or Netflix as competition back in 2008, but 2 years later, he sure did. If you’re looking for new ways to help your company break out of any rut or tackle new marketing goals, reach out to Full Scope Creative today.

And do yourself a favor, and go listen to The Rise and Fall of Ziggy Stardust and the Spiders from Mars, you can thank me for that recommendation later.

How To Read A Keyword Report

Reasons Your Site Should Be Redesigned

ready to discover how we can help make your website and marketing more successful?